Hi there...It's been a while. My apologies. I've just had a lot going on but hope to be back on a more regular basis starting.....NOW!

Let me just post a few catch up photos. See, I have been baking along with TWD..and taking pictures. I just haven't had the time to actually sit down and post. So, here you go! 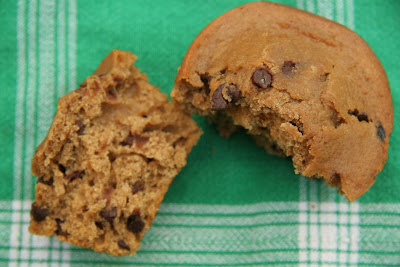 I still have 2 left in the freezer. I love them with my morning coffee. 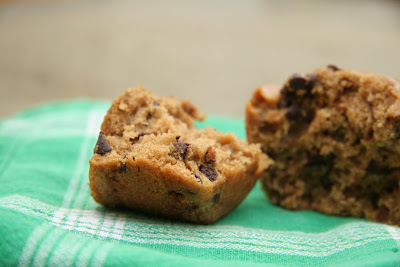 Next, Double Apple Bundt Cake. I did post this however, I put the cake into the freezer without taking pictures. A week later, after defrosting the cake, I added this thick and yummy brown sugar frosting. Unfortunately, the frosting was the best part of this cake. 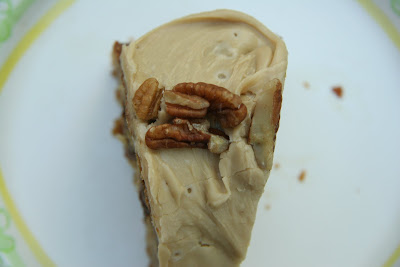 I must have done something incorrectly as you can see the denseness in the middle. I don't know what happened as I have made this cake before with beautiful results. Oh well...that just means I need to make it again to get it right. 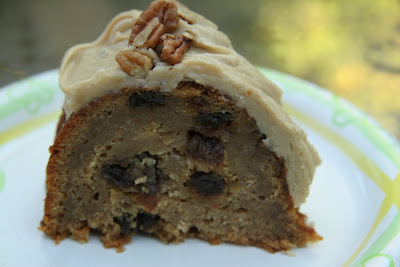 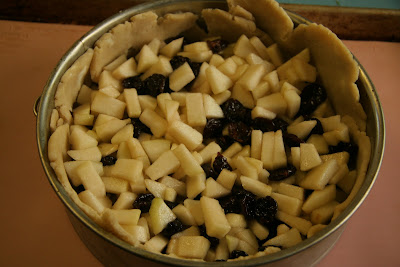 My crust was not quite big enough...and I added dried cherries to the pears. Yum. This too was put into the freezer but I managed to actually photograph and taste it prior to being wrapped up for later. 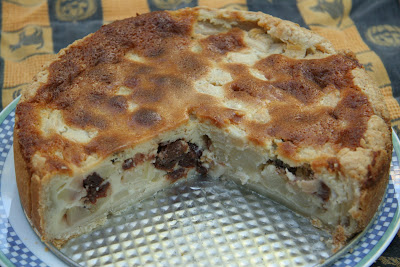 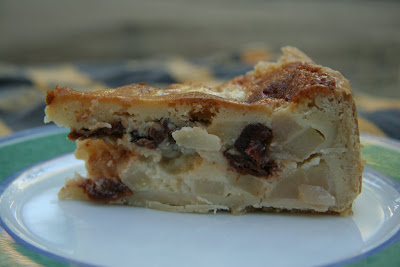 Be prepared for Peanuttiest Blondies this Tuesday.

Thanks for stopping by.
Posted by cakeflower at 8:08 AM No comments: 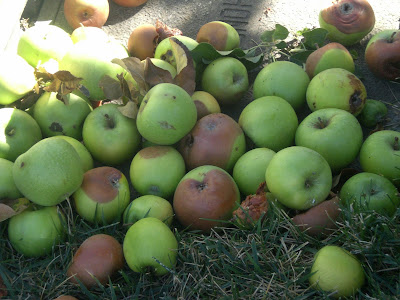 I made this beautiful, fall, apple cake thinking that I was taking it to the PTC meeting Tuesday night. Well, the meeting isn't until NEXT Tuesday night. Don't ask me how I got the dates wrong...I'm on the board for heaven's sake!

At any rate, I wrapped my beautiful cake up tight and tossed it into the freezer....without taking any pictures of it first. So, I will post the pictures next week, after it defrosts and I ice it with the lovely brown sugar frosting Liz from Cake or Death used. :)

For the record, I used 2 Granny Smith apples and 1 Honeycrisp apple grated up. As well as apple butter purchased from the store. I really wanted to use dried cranberries or cherries but didn't have any, so I used raisins and omitted the nuts.

Not sure how it tastes yet but if the smell coming from the kitchen is any indication...it will taste heavenly.

Thanks to Lynne over at Honey Muffin for this nice choice.

Don't forget to stop by the TWD site to check out the variety of Double Apple Bundt Cakes!
Posted by cakeflower at 8:57 AM 2 comments: